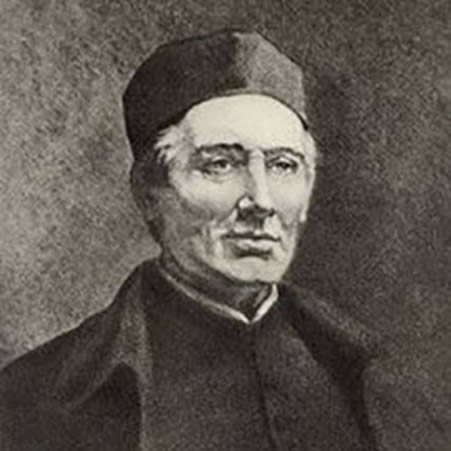 Fr. de Cloriviere was born in Saint-Malo, Brittany, France. Studying law in Paris, he met a diocesan priest who invited him to make a retreat. It was during those prayerful days that Pierre Joseph experienced what he called his conversion – a growing interest in prayer and an increased love of God. It was also during this time of grace that he first thought about the priesthood.

On Feb 23, 1756, as Pierre Joseph was leaving church, a woman he did not know said to him: “God is calling you under the protection of St Ignatius and St Francis Xavier. This is the novitiate. Enter it.” He went back into the church and prayed and when he left, he was convinced that God wanted him to become a Jesuit.

Father de Cloriviere prayed ardently for a cure for his speech impediment, and his prayers were answered one Sunday morning in 1780, when he began his sermon and spoke eloquently - free of his stuttering. He remained at this parish until 1786 when the bishop appointed him director of the diocesan school at Dinan.

With the coming of the French Revolution and the persecution of the Church, Fr. de Cloriviere found his ministry curtailed at home. Thinking that he could work to restore the Society in the United States, he wrote to Bishop John Carroll of Baltimore, Maryland whom he knew as a student in Liege and asked to work in his diocese. Providence changed his mind and he committed himself to labor for the Society’s restoration in his native France. He founded the Society of Daughters of the Heart of Mary in 1790. 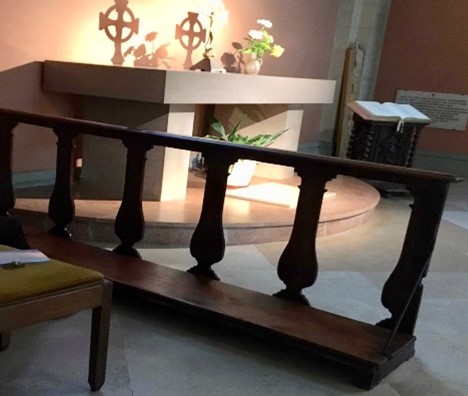 When the Society was restored throughout the Church on Aug 7, 1814, Fr. Cloriviere had 60 novices. On January 9, 1820, Fr. Cloriviere woke up at 2:45 am as usual and spent the next hour meditating in his cold room. At 4:00 am he went to the chapel to make his adoration, kneeling at the communion rail. When the community came in at 4:30 am, the Jesuits discovered that their beloved father had died in prayer at his place before the Blessed Sacrament. Fr. Cloriviere was 85 when he was laid to rest.

Pictured left: Communion rail that Fr. de Cloriviere knelt at when he passed away. It is located at the DHM Mother House in Paris, France.

The Society accommodates the continuation of religious life under all circumstances and in each milieu where a Daughter of the Heart of Mary is sent on mission.

Wherever we may be, and in all circumstances, we are called to witness to the Risen Christ and to the liberating power of his Gospel.

FIND DHM ACROSS 5 CONTINENTS IN 31 COUNTRIES

Below is a partial listing of our provinces -- those with websites ...

DAUGHTERS OF THE HEART OF MARY USA 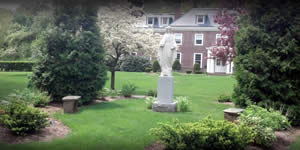